Saturday’s Championship clash for Sheffield Wednesday saw us make the trip to Ewood Park to face Blackburn Rovers, and whilst it was a mixed encounter, it looked like manager Garry Monk would be celebrating another victory – until it all fell apart and the hosts hit two quick goals in the space of three minutes.

Fans were certainly mixed after the game as we shouldn’t have thrown it away like that, but equally, it wasn’t the greatest of performances either, but plenty were willing to bet on a different outcome had key midfielder Barry Bannan not been ruled out ahead of the game with a stated small hip/groin problem.

Whilst chances were created, everyone knows what the diminutive Scottish international brings to the pitch and he was a clear loss for us on the day.

Player Of The Season Already? 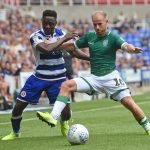 Too Early To Say 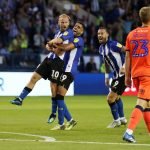 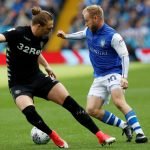 Was out yesterday so only just seen #swfc result. Lack of game management has been a problem all season. Worrying trend is silly away defeats we’ve had when we should have picked up points. A forward away from a top 6 challenge and Bannan injury is a big loss.

1 up front no quality,

#swfc
4. We rarely gamble on the flick on, so why lump so much long
5. Why never swop our wingers, Reach is severely hamstrung having to use his right foot
6. Why dont we ever leave a man on the half way line from opposition corners
7. Say what you will Nuhiu makes a difference

Hopefully his spell out won’t be lengthy, as the defeat did see us drop out of the Play-Off spots, but we are more than still in the mix if we can bounce back quickly.