Sheffield Wednesday suffered a 5-0 defeat away to Brentford on Saturday and Joey Pelupessy was once again criticised for his performance. The 26-year-old has been short of form for most of the season and continues to be slated by supporters almost every time he plays. 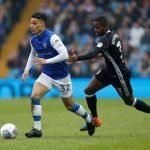 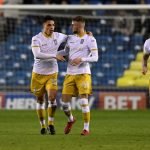 Garry Monk was without Kieran Lee, Massimo Luongo and Sam Hutchinson for the Brentford clash, so he had to call upon Pelupessy alongside Barry Bannan. Alex Hunt was on the bench. Fans are losing their patience with the Dutchman, however, and believe he needs to be dropped and offloaded.

Agree. Pelupessy isn't good enough and Dawson are off form, Monk is floundering but even that doesn't detail half of our issues unfortunately!

Mate I agree in a way but how can a manager play pelupessy who contributes absolutely nothing continually play him , that's bad management that bud. Play da Cruz over fessi today , I totally agree with the whole squad needs a switch up 100 percent , but monk has lost my trust pal

3 names I don’t want to see on the team sheet on Saturday. Lees, Dawson, Pelupessy 🦉

Da Cruz is not good enough It’s a simple as that. Just like Pelupessy isn’t dodgy signings by dodgy people

Say what you like about them but if you think Dawson and Pelupessy are better than Westwood and Hutchinson, you're delusional

Monk is totally inept, any manager that plays pelupessy in any shape or form tells me he hasnt got a scooby https://t.co/XOwharyE5U

Whether there is a culture at the club or not maybe turning round to two influential senior pro’s and telling them their not part of your plans was wrong in December. Dawson needs dropping, Pelupessy is stealing a wage and goes missing every game #swfc

“Consider” shouldn’t even need to consider they both should be in the starting 11 simple as. Pelupessy is horrific, a half fit Hutchinson wipes the floor with him. Westwood is 10 times the player Dawson is #swfc

Fox, Hutch, Lee, Pelupessy, Winnall,Fessy,Fletch,Nuhiu out of contract get rid. Sell (if possible) Westwood, Palmer, Odubajo, Lees, Bannen, Reach, Rhodes out of contract 2021. Nobody cares about the club. It’s a disgrace. Fans will always be there #swfc

Monk yesterday:
Started Dawson instead of Wildsmith when everyone and their dog knows that Joe should’ve played
Persistently plays Joey Pelupessy the worst number 8 we have ever had and has fallen out with two of the best players at our club
Doesn’t have a starting 11 https://t.co/iK91JagnFK

Against Brentford, Pelupessy played for 90 minutes, had 59 touches, won one aerial duel, had one shot which was on target, completed 89.1% of his 46 passes, found a teammate with 75% of his long balls, made three tackles, blocked one shot, drew two fouls, made three interceptions and gave away one foul.

The 26-year-old has made 17 appearances in all competitions this season, failing to score or make an assist. Pelupessy has been in and out of the squad of late, racking up 180 minutes of football in Wednesday’s last six games, but a handful of fans have made it clear that they don’t want to see him feature again.