Tom Lees underperformed in Sheffield Wednesday’s 1-0 defeat to Luton Town and was blasted by supporters. He started alongside Dominic Iorfa and Julian Borner on Wednesday night, and all three players were criticised on social media for an abysmal showing.

Lees conceded a penalty just seconds into the game, fouling Pelly-Ruddock Mpanzu in the area. The 29-year-old was also caught ball-watching from a cross that saw Izzy Brown somehow miss the target from six yards out. He frequently gave fouls away and consistently lost the ball throughout.

God knows how Tom Lees is still wearing a Wednesday shirt after that performance on Saturday. Every footballer has a bad day but that was embarrassing 😂

Get Tom lees out this club as quick as we can

why is tom lees in the team, he dropped the worst individual performance i’ve ever seen in my life against Barnsley. Bannan lucky as well.

Tom Lees really cannot play in a back 3. #swfc

Against Luton, Lees played for 90 minutes, had 52 touches, won 12 aerial duels, created one chance, had one shot, completed 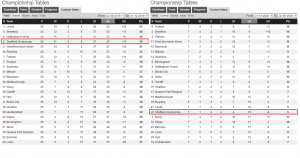 41.5% of his 41 passes, made three tackles, only found a teammate with one of his seven long balls (14%), made one interception and gave away four fouls.

Before the turn of the year, Sheffield Wednesday had the fourth-best defensive record (25) in the Championship – only Leeds United (20), Brentford (20), Nottingham Forest (23) conceded fewer goals on December 31, 2019.