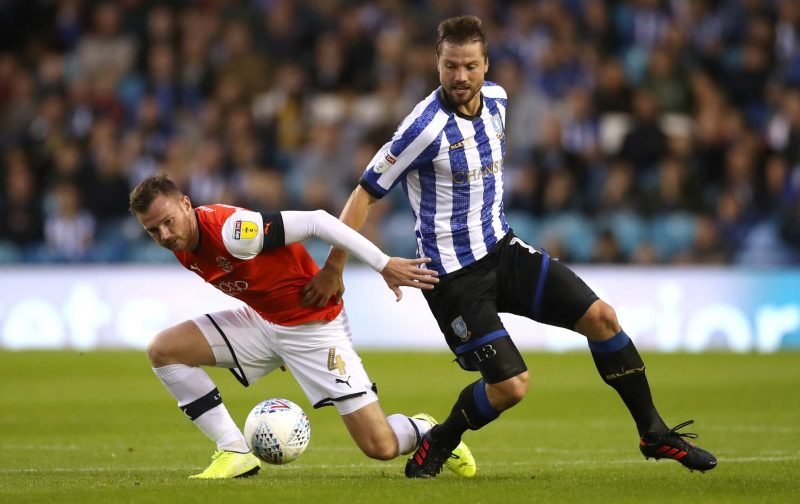 Julian Borner was one of many players in Sheffield Wednesday’s defence who didn’t crown himself in glory in their 1-0 defeat to Luton Town and was slated by supporters on social media.

Garry Monk named Borner, Tom Lees and Dominic Iorfa at centre-back on Wednesday evening, but the three players struggled to contain the Hatters and were lucky to have only conceded one goal over the 90 minutes.

Borner absolutely awful tonight. Iorfa and Lee's to come to think of it. In fact that whole back line was awful #swfc serious problems

Why do we suddenly look so bad at the back? Iorfa and Boerner looking very shaky ! #swfc

3 at the back is a disaster. Surely Monk has to change it. Borner and Iorfa just look totally uncomfortable #swfc

What has happened to Borner these last few weeks ? #swfc

Against Luton, Bornier made 78 touches, won eight aerial duels, created one chance, had one shot, completed 69.6% of his 56 passes, made one tackle, only found a teammate with one of his five long balls, made three interceptions, blocked one shot and made two clearances.

The 29-year-old has been a regular under Monk when fit this season, making 28 appearances in all competitions, but his manager won’t have been happy with the Luton performance.

The Hatters missed a penalty inside of a minute, missed the target from six yards and ballooned a close-range effort over the bar. Despite going into the midweek encounter bottom of the Championship, they had twice as many shots on target as Wednesday and should have won by more at Kenilworth Road.