In form, and in some ways born again, Sheffield Wednesday defender Morgan Fox has admitted this week that ultimately his long term future at Hillsborough is out of his hands as loose rumour mill speculation links him with possible moves to Nottingham Forest, Huddersfield Town, West Bromwich Albion, Derby County and Blackburn Rovers.

The 26-year-old Welshman has certainly had a mixed time at the club since his reported £700,000 arrival from Charlton Athletic back in the 2017 January transfer window, but this season under manager Garry Monk, Fox has certainly turned the fanbase around with his performances and he’s come in for significant praise as we push on and attempt to battle for the Play-Off spots with the now normal Financial Fair Play concerns rumbling on in the background.

Speaking to The Star this week with Fox’s dealing coming to an end next summer, he simply promised to continue giving his all for the club despite the element of uncertainty at the moment.

e said: “I have only got until the end of the season late and it is out of my hands really.

“I am happy here and as long as I am in the team playing football, then I am going to be. But I always give my most, that’s all I can do.”

With the January transfer window nearing and some reports suggesting we’ll attempt to cash in on him, given the support he’s now gaining plenty of fans won’t be happy with a departure and would want at least another 12 month deal arranged.

Does Fox Deserve A New Deal 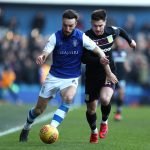 One Season Doesn't Make A Summer 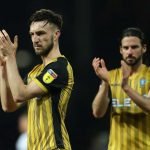