After the hugely disappointing defeat to West Bromwich Albion on Saturday, Garry Monk’s Sheffield Wednesday side were looking to get themselves back on track in Wednesday evening’s Championship clash with Birmingham City at Hillsborough.

With two defeats apiece in the last few matches, the winner could move into the top ten in the second tier again and with early Play-Off hopes for Wednesday, and plenty worrying that we would follow Birmingham with a points deduction for Financial Fair Play breaches, we naturally now want to get ourselves as high in the table as we can to act as a buffer for any punishment.

After a goalless first half, where we were arguably the slightly better side – but simply lacked a clinical edge, the visitors took the lead three minutes into the second half.

With a one sided war of words ahead of the tie against his former club, Monk could at least celebrate the second half as Kadeem Harris secured a point for us in the 81st minute and 1-1 was how the game ended.

It was hardly pretty, even though we ultimately absolutely dominated the clash.

Speaking to the BBC following the full time whistle, our gaffer said of the game.

“This group of players are fantastic to work with. We have to take our chances and be more clinical but we’re on a rotten run of luck. The ball just won’t quite go in, one off the crossbar, one scrambled off the line and another coming off their keeper without him knowing anything about it.”

Given the previous handbags, that was always going to feature.

“It is what it is. I appreciate not everyone is going to like it. Staying true to myself is the most important thing. I understand the reaction. But I got asked the question and, like I’ve always done, I have to be true to myself. I can take honest criticism. I was talking facts. I wish it wasn’t facts. I wish it wasn’t true. I wish that with every part of my body. But I didn’t do it to gain anything. I can’t change who I am. Like with every other question I get asked, I was just trying to be open and honest.”

Did Wednesday Deserve The Point, Or Should It Have Been All Three?

Only A Point After That Showing 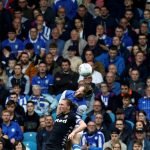 Tragic It Wasn't All Three 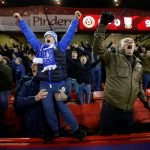