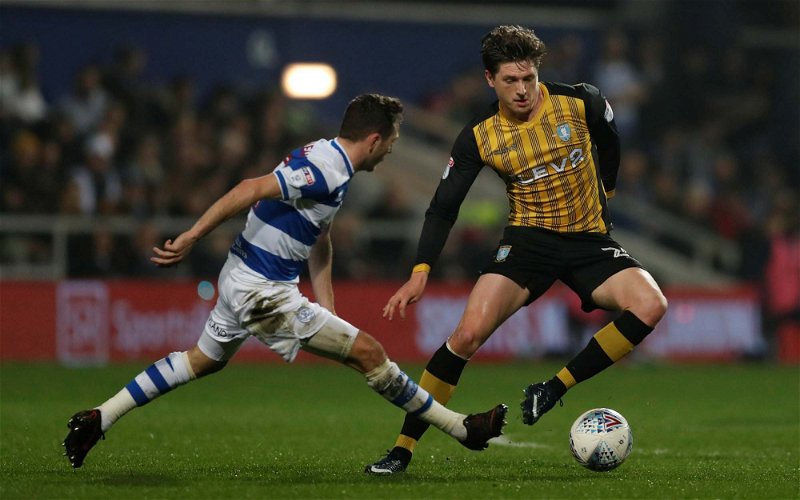 Sheffield Wednesday drew 0-0 with Huddersfield Town on Tuesday and a number of players came away with praise for their performances, but Adam Reach didn’t have a good evening. The 27-year-old came off the bench in the second half but looked short of confidence and didn’t have a positive impact at Hillsbrough.

#swfc wtf has happened to Adam reach, it was awful to watch, really out of sorts in everything he did

Good to see Reach put another ball busting performance in, never have we had a more hyped up disappointment pull on a Wednesday shirt, bloody awful again tonight #SWFC

The regression of Adam Reach is astounding. He’s gone from being integral to the team to looking like someone who won a raffle to play in a game #swfc

Reach has got a long way back for us. Awful. #SWFC

Reach was awful. I’m a fan of his but that wasn’t great… he needs a reset of his effort and work. Seems to be a totally different player since last year or so #swfc

Reach confidence is shot. Justified in thinking he carried the side on many occasions last season and probably a reaction to being dropped. Possibly another whose ‘face doesn’t fit’ ?#swfc

reach was dreadful tonight, think it’s about time he moved on he doesn’t bring anything to the club anymore #swfc

Against Huddersfield, Reach played for 20 minutes, had 11 touches, completed 66.7% of his six passes, had one shot which hit the target, attempted one long ball, made one tackle and gave away one foul. The £3.15m-rated wide-midfielder has made 38 appearances in all competitions this season, scoring two goals with seven assists, but he’s been inconsistent under Garry Monk.

Reach hasn’t been a regular since football returned to England in June, amassing only 166 minutes of playing time, so his future at Hillsborough may be uncertain. The 27-year-old is in the last year of his deal and hasn’t done enough to warrant an extension. His last goal came in September 2019 and his last assist was in January 2020.

Wednesday paid more than £5m to sign Reach from Middlesbrough, but they may not make much money from his sale right now. Losing the midfielder for free next year is a possibility unless the Owls extend his contract or cash in when the transfer window opens, so time will tell what they do.