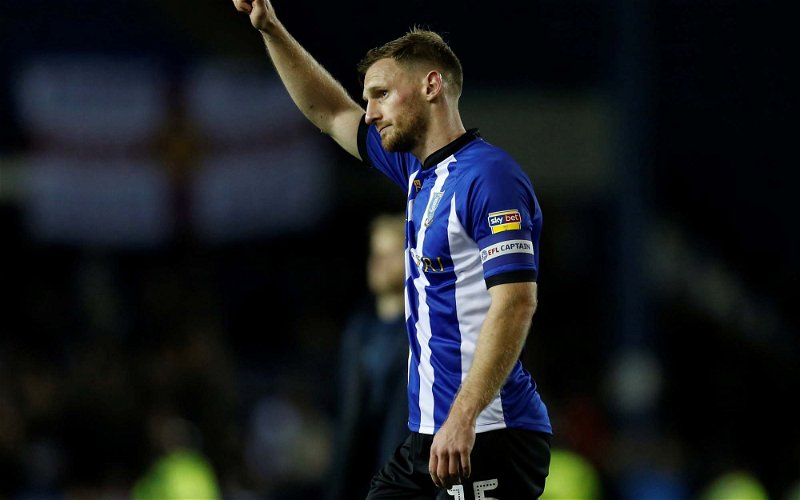 Sheffield Wednesday played out a goalless draw with Huddersfield Town on Tuesday and Tom Lees put in a good performance to garner praise from supporters. The 29-year-old started alongside Julian Borner and Dominic Iorfa at centre-back and looked at his best at Hillsborough, keeping Town at bay for 90 minutes. Lees helped limit the Terriers to only one shot on target and has now led Wednesday to consecutive clean sheets.

He did play well in the last 2 games. Helpfully it's the start of a new chapter with him

I feared that me may have seen the last of Tom Lees after his dreadful display against Derby… but I got to say he was brilliant last night, best I seen him play in a long time. He won every battle. #swfc #wawaw

Thought he was brilliant

his best performance in ages, center of a back 3 clearly suits him better

2/2 Second half the Owls were crying out for someone just to link play between the midfield and the frontline. Lees looked very solid and I also thought Harris was very steady aswell. Reach looked miles off it however, when he came on. #swfc

Fair play Tom Lees. 2 motm performances since coming back, not much else to say on it. Harris & Windass looked decent. Probably fair result tbh #swfc

Against Huddersfield, Lees had 42 touches, won five aerial duels, completed 69.2% of his 26 passes, had one shot, attempted five long balls with 60% accuracy, made two tackles, blocked one shot, made nine clearances and made three interceptions.

The 29-year-old has made 28 appearances in all competitions this season, scoring two goals, but he’s been short of playing time since football returned in England.

Lees was an unused substitute in Wednesday’s 1-1 draw with Nottingham Forest (June 20) and in their 2-1 win over Bristol City (June 28) before being left out of the matchday squad in the 3-0 defeat to West Bromwich Albion (July 1), 2-1 defeat to Swansea City (July 5) and 3-1 defeat to Preston North End (July 8).

The £2.52m-rated defender returned in the 3-0 win over Queens Park Rangers (July 11) and win over Huddersfield, so he should start when Wednesday lock horns with Fulham on Saturday.