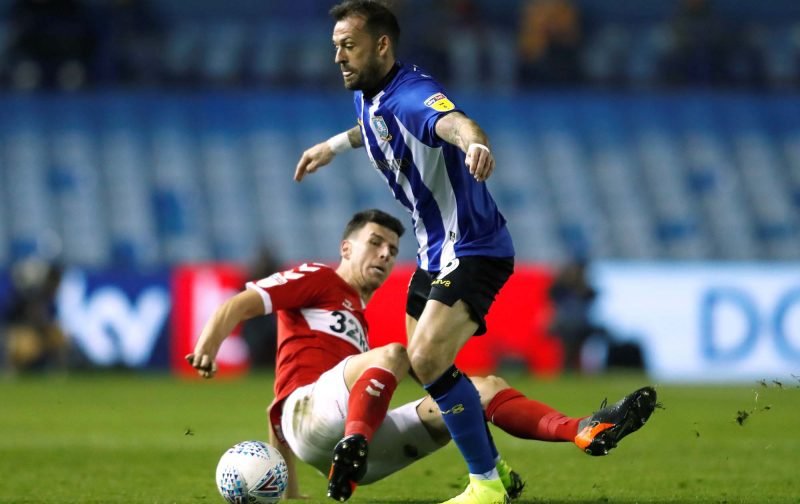 Sheffield Wednesday picked up their first league win in six games on Saturday, beating Charlton Athletic 3-1 at the Valley, and Steven Fletcher was one of many players to come away with praise for his performance. The 32-year-old scored twice against the Addicks and continued his impressive run of form of the road – six goals in nine away games.

Fletcher’s first goal came in the 17th minute. He brilliantly headed home a Barry Bannan cross to give Wednesday the lead early on. His second goal didn’t come until late into the second-half, however. The Scotland international scored from the penalty spot in the 80th minute as Wednesday regained their lead. Atdhe Nuhiu scored the third goal of the game in injury time.

What a day in that there landan…. #swfc deserved victory, fletcher outstanding, Murphy came on & was a changer..!!! Funniest thing @GregWathowls into lamppost 😂😂😂

Sheffield Wednesday played with real heart and desire today. They deserved that win best performance in a few weeks. Kadeem Harris very good once again his balls into the box were so dangerous. Steven Fletcher's header was superb couldn't have connected with it much better #SWFC

Reach has been class since he came on, calmed it all down and great ball 👏🏼

Fletcher has been class all day. Thank god we’ve finally got the 3 points we have deserved for weeks! #swfc

Got to say. I’ve not been a fan of Murphy in the slightest. But I think he’s changed the game today. Brilliant from reach for the goal. That’s what he can do. Nuhiu been very decent. Fletch class. Bannan unreal. Iorfa solid. Odubajo massive weak link in our team. UTO!! #SWFC

Pleased for Atdhe getting his goal to seal it, Fletcher played well. Bannan as per excellent. #swfc

Against Charlton, Fletcher played for 90 minutes, made 40 touches, won three aerial duels, created two chances, had four shots with 75% hitting the target, completed 76% of his 25 passes, made one successful dribble, drew one foul, blocked one shot and made one clearance.

The 32-year-old has scored eight goals in 18 Championship appearances this season. He’d only netted once in eight matches before his brace over the weekend, so Garry Monk will be delighted to see Fletcher looking so ruthless. Wednesday will fancy their chances of getting a result against Brentford on December 7 now too.