‘Revelation’, ‘Been a rock’ – some fans vote Sheff Wed defender as Player of the Month

Some fans have voted Dominic Iorfa as Sheffield Wednesday’s Player of the Month after his impressive form in November. The 24-year-old has been a regular at centre-back this season and has shone over the last two months.

Iorfa was outstanding alongside Tom Lees in Sheffield Wednesday’s 3-1 win over Charlton Athletic on Saturday too. He’s made 15 appearances in 2019/20, scoring and creating three goals, while helping to keep four clean sheets.

Has to be Iorfa for me

Done Big Dom gets if for me, Iorfa been a rock in defence #UTO

Iorfa for me, revelation at CB

Should Dominic Iorfa be named Sheffield Wednesday's Player of the Month for November? 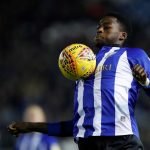 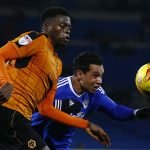 Iorfa joined the Owls from Wolverhampton Wanderers in January and has gone on to make 25 appearances in all competitions. He’s operated at right-back for Wednesday but looks perfectly suited to a central role that allows him to see more of the ball.

Despite operating at centre-back, Iorfa is able to drive with the ball from deep to turn defence into attack. He’s been terrific under Garry Monk, and fans will hope that continues in December.