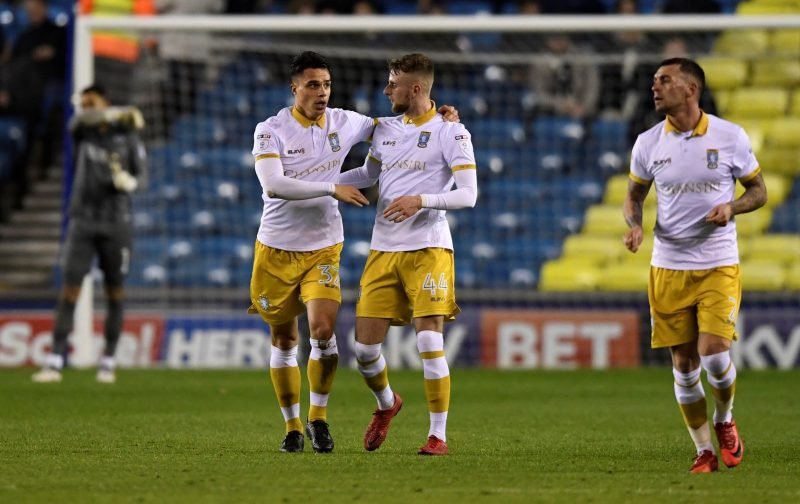 Jack Stobbs could soon be a free agent as he’s out of contract at Sheffield Wednesday and is one of many players not handed an extension, as per Dom Howson of Yorkshire Live. The 23-year-old hasn’t made an appearance for the Owls since August 2018, so it’s unlikely Garry Monk will want to keep him.

Stobbs isn’t the only one likely to be released this summer, however, as there are eight more players in the first-team who are out of contract – Morgan Fox, Kieran Lee, Joey Pelupessy, Sam Hutchinson, Sam Winnall, Atdhe Nuhiu, Fernando Forestieri, Steven Fletcher.

Fox and Fletcher have been handed new deals but are yet to sign. Howson was asked if any other players have extensions on the table and said: “Not as far as I am aware. I think the main focus is understandably on tying down Fox and Fletcher at the moment.”

Stobbs joined Livingston on loan at the start of the season and made four appearances before picking up a serious knee injury which cut his time short at the Almondvale Stadium. He returned to Hillsborough in January and has found himself on the periphery ever since.

Kadeem Harris, Jacob Murphy, Adam Reach, Alessio Da Cruz and Fernando Forestieri were all ahead of Stobbs in the pecking order this season, so it’s not surprising that he was deemed surplus to requirements. His departure will end a 17-year association with the club, however.

Stobbs joined the Owls academy at the age of six and has come to the end of a two-and-a-half-year deal that he signed in February 2018. He’s only made six first-team appearances for Wednesday, so he’s never been close to nailing down regular football at senior level.