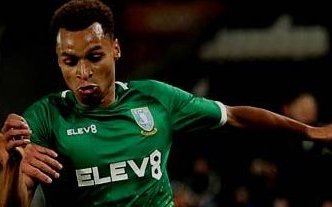 Sheffield Wednesday enjoyed a 3-0 win over Queens Park Rangers on Saturday afternoon and Jacob Murphy was one of many players lauded for his performance. The 25-year-old came off the bench in the second half and got on the scoresheet to wrap up the victory at Loftus Road. Murphy has been in fine form since the turn of the year and supporters have taken note.

Class that performance. Just about finishing chances and building on it. What I'd do to have Windass and Murphy on a permanent deal though. #SWFC

Great performance. Murphy is a must next season. #swfc

I think Jacob Murphy deserves a lot of credit. He’s bounced back from indifferent form where he looked lightweight to become our best player IMO #swfc

Never thought I’d be saying it in December but we could really do with getting Murphy back next season. First half of the season to now absolute chalk and cheese, looks a class act these days #swfc

Against QPR, he played for 36 minutes, had 22 touches, won one aerial duel, completed 71.4% of his passes, created one chance, had one shot which hit the back of the net, made one tackle, whipped in one cross and made two interceptions.

Murphy joined Wednesday on loan from Newcastle United last summer and has gone on to make 41 appearances in all competitions, scoring seven goals with four assists. The £3.15m-rated wide-man has scored and created a total of eight goals since the turn of the year.

Murphy is due to return to Newcastle later this month, but Wednesday want to re-sign him next season. Whether Garry Monk will be successful remains to be seen, however, as the 25-year-old may want to fight for his place at St James’ Park – his deal in the North-East is up next year.