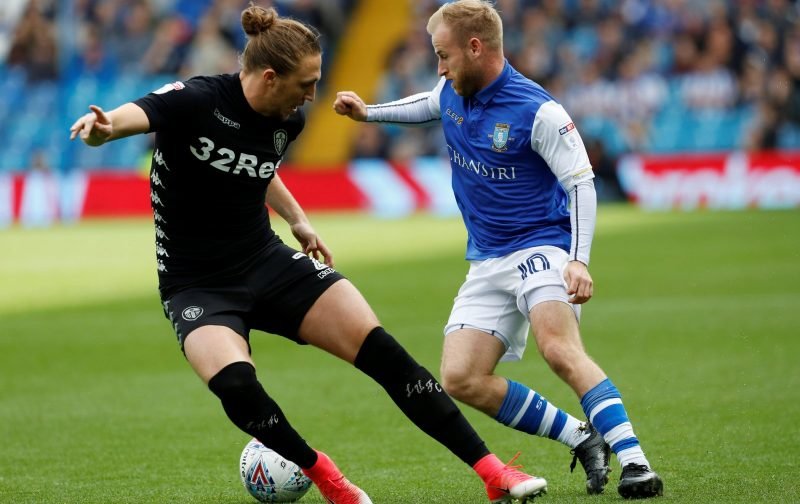 Sheffield Wednesday drew 1-1 with Derby County and Barry Bannan was one player hailed by supporters for his performance at the iPro Stadium. The 30-year-old assisted Steven Fletcher for Wednesday’s opener in the 23rd minute, showcasing his excellent vision and passing ability.

Fans were impressed with his assist and believe the Owls are lucky to have him in the team. Bannan has spent four years at Hillsborough and is still producing big moments to boost Wednesday’s hopes of a playoff place in the Championship.

Barry Bannan is a joke at this level

I don't think #swfc fans realise how lucky they are that Bannan and Fletcher are playing for Wednesday. They are far too good for a play-off at best team.

Fantastic fist half. Gutted to not have at least a couple more but can’t grumble too much. Bannan and Hutch have been outstanding #swfc

Against Derby, Bannan played for 90 minutes, made 56 touches, created three chances, completed 80% of his 35 passes, made three interceptions, whipped in nine crosses, made one tackle and had one successful dribble. Although Wednesday couldn’t hold on for the win, giving away a late penalty, Bannan was the difference until then.

Wednesday’s result left the Owls 8th in the Championship table with 33 points in 21 games, having won two and draw two of their last four. Garry Monk’s men are just one point from the playoffs and could move into the top-six with a win over Nottingham Forest on Saturday.

How will Sheffield Wednesday fare against Nottingham Forest?