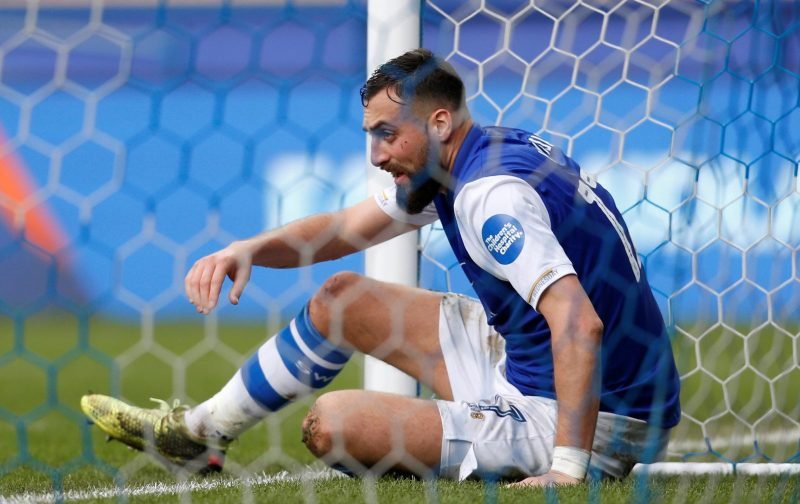 Atdhe Nuhiu is out of contract this summer and has yet to be offered a new deal by Sheffield Wednesday.

Garry Monk could be short of strikers next season as Nuhiu, Fraser Preston, Preslav Borukov, Sam Winnall and Steven Fletcher could all be free agents in the coming months.

The 30-year-old joined Wednesday from Rapid Vienna in 2013 and has gone on to make 269 appearances in all competitions, scoring 47 goals and making 26 assists. Nuhiu has been a regular under Garry Monk, making 33 appearances before the season was postponed due to the Covid-19 pandemic, but his time at Hillsborough may be coming to an end.

Monk signed Connor Wickham on loan from Crystal Palace in the January transfer window and picked him ahead of Nuhiu. The 27-year-old only amassed 15 minutes of football from Wednesday’s last four Championship games. Nuhiu’s poor goal output is likely putting off the Owls off too – he’s scored only four times across the board this season.

But if he and other strikers leave, replacements will be required and Monk doesn’t have the budget to make lucrative signings – the Owls have been forced to rely on loan deals and free transfers.

Vital Sheff Wed have identified a number of strikers who may be available in the coming months – Dwight Gayle (Newcastle United), Lyle Taylor (Charlton Athletic), Sammy Ameobi (Nottingham Forest) – but it remains to be seen if they’re on Wednesday’s radar.