Opinion: Sheffield Wednesday could save £1.5m if 35-year-old leaves this summer 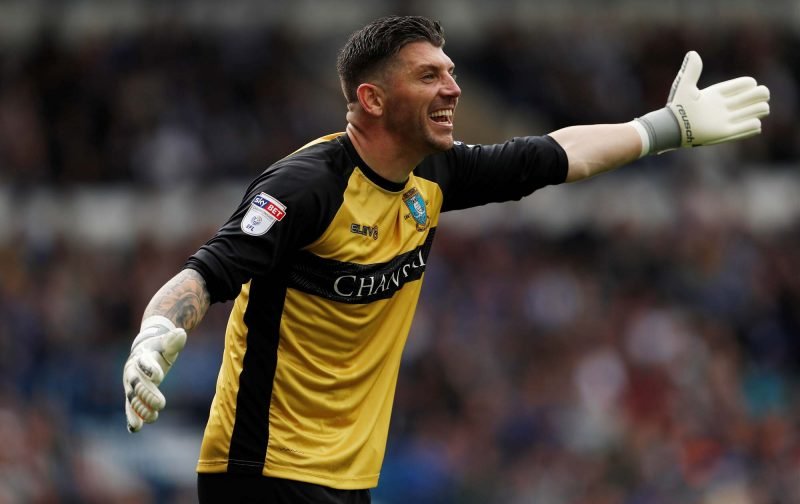 Sheffield Wednesday have financial difficulties caused by overspending in the transfer market and agreeing to lofty wages for signings, which may lead to them offloading a lot of players in the coming months. Keiren Westwood could be one of them, as his departure could save the Owls £1.5m-a-year in wages.

The 35-year-old was frozen out of the first-team by Garry Monk in November 2019 and had been training with the U23s before the season was postponed due to Covid-19. Westwood lost his place in the side after making a number of errors between the sticks, but Monk’s decision to exile him suggests he’s played his final game for Wednesday.

Westwood joined the Owls from Sunderland in 2014 and has gone on to make  179 appearances in all competitions, conceding 172 goals and keeping 67 clean sheets. He’s made only 14 Championship appearances this season, last featuring in Wednesday’s 2-1 defeat to West Bromwich Albion four months ago.

Cameron Dawson has been first-choice between the sticks ever since Westwood was dropped and signed a new deal in January. Joe Wildsmith is second-choice under Monk but may have a lot to ponder over the summer as he’s spent the season on the periphery.

Westwood is a high-earner at Wednesday and isn’t commanding a starting place, so he’ll surely be made available for sale when the transfer window opens. The Republic of Ireland international has been told he’s out of the picture under Monk and won’t want to spend the last year of his contract in the U23s.

With Westwood’s market value having dropped to £270k, Wednesday might let him go for nothing just to remove him from the wage bill.