“Let him go”, “Not good enough” – A lot of fans want another Sheff Wed striker released 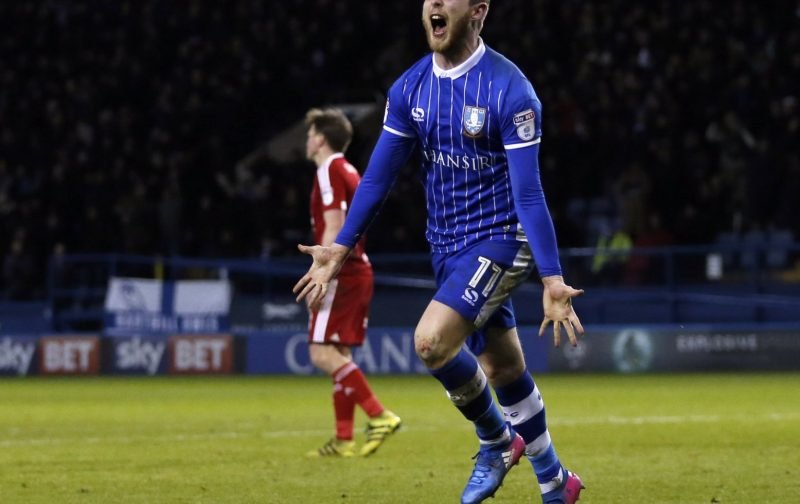 Sam Winnall is one of many Sheffield Wednesday players with an uncertain future this summer. The 29-year-old is out of contract in the coming months and hasn’t played many games under Garry Monk, so he may find himself fortunate to be handed a new deal.

However, with Steven Fletcher, Fernando Forestieri, Atdhe Nuhiu and Fraser Preston also soon to be out-of-contract, Monk may have to retain some players just to ensure his squad isn’t bereft of depth. A lot of supporters from the Sheffield Wednesday Fans Forum don’t believe Winnall should be retained, however…

Glen McKay: “Nope- release all strikers bar Fletcher, for me. Only one who deserves an extension.”

Derek Prigmore: “So many players out there that will now be available on free transfers or next to nothing. Transfers that have to be a better bet than Winnall.”

Micky Gav Verteidiger: “We need a squad also. It’s good to get rid of bad players, but we need replacements too.”

Julie Rosewarne: “No benefit to us, not shown anything, no manager has fancied him, let him go.”

Julian Lee: He was hot at Barnsley. He’s a no-show for us. Why?”

Philip Parr: “Don’t think he’s good enough! Didn’t fulfill his potential. If we are to progress we need better.

Michael Parker: “Showed nothing when he came in (for) Fletcher. Didn’t look interested in the slightest.”

Ashley Hoole: “Not good enough in my opinion. Was given a chance (and) didnt show up.”

Steve Roberts: “Sadly not good enough. Easy decision this one.”

Ryan Buckingham: “Sam needs a regular partner to feed off. If not, then he might as well go.”

Winnall joined Wednesday from Barnsley in 2017 and has gone on to make 43 appearances in all competitions, scoring six goals and making two assists. The 29-year-old has been short of form in the last two seasons, however, scoring just two goals in 25 appearances across the board, so it’s hard to see Monk keeping him.

If Wednesday let Winnall go, they’d be saving nearly £1m a year in wages – he’s currently earning £0.83m-a-year/£16k-a-week. There seems to be little benefit keeping a striker that barely plays and barely scores. So with the Owls wanting to cut costs this summer, this may be Winnall’s last season.