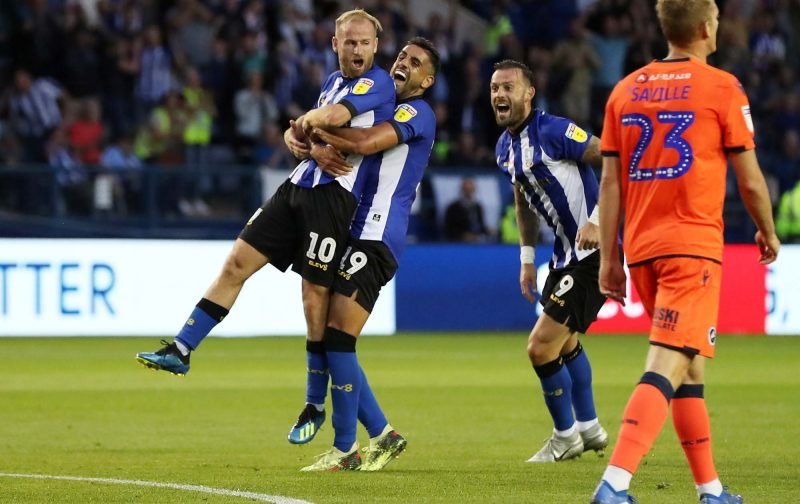 Sheffield Wednesday enjoyed a 2-1 win over Bristol City on Sunday to climb two players up the Championship table and Barry Bannan was one of many players to take the plaudits for his performance. Only one Wednesday player made more tackles and only one player made more interceptions than the 30-year-old. Nobody had as many touches or made as many passes, however.

Barry Bannan is an outrageous little man int he #swfc

Great result. Second-half performance was much better and I thought #SWFC we’re good value for the points. Bristol City overall were quite poor. Palmer, Wildsmith and Bannan all impressive.

GET IN WEDNESDAY!!! Some very good performances there, notably from Bannan, Luongo and particularly Wickham #SWFC

A long time coming and lovely to see a #SWFC win. Not comfortable in the end but well deserved. Barry Bannan was everywhere 👏🏻👏🏻👏🏻 #UTO #WAWAW 🦉

Good performance there from #SWFC 👏🏻 got tired towards the end but that’s expected, Wickham, Bannan, Luongo, Harris and Wildsmith all very good.. not very often you can call out 5 players for good performances!! 👏🏻👏🏻⚽️⚽️

Great win. Wildsmith is clearly #1 now. Defence looked solid. Bannan & Lee sturdy in the middle. Still think we need better wingers. Wickham on a season loan would be handy too. But Monk needs a full season to do what he wants to do #swfc #wawaw

When Luongo's on the pitch Bannan is a completely different player to the one we've seen since January. Midfield is finally balanced. Who needs Hutchinson? #swfc

Bannan didn’t have to break a sweat to control the game, Wickham looked fit and sharp, defence looked solid, wingers Harris especially looked very bright and Luongo is so important to us, helps Bannan out massively battles well, comfortable on the ball, works his socks off #swfc

Against City, Bannan played for 90 minutes, had 81 touches, completed 71.7% of his 60 passes, created one chance, had one shot, whipped in six crosses, attempted 17 long balls with 41% finding a teammate, made three tackles, had one dribble, made two interceptions and won two free-kicks.

The 30-year-old joined Wednesday on a free transfer from Crystal Palace in 2015 and has gone on to make 202 appearances in all competitions, scoring 11 goals and making 32 assists. Bannan has made 39 appearances across the board this season, scoring two goals with seven assists.

The £2.16m-rated midfielder previously had an uncertain future at Hillsborough after admitted a desire to play in the Premier League and citing Brentford as a better fit for his playing style, but Bannan has let his football do the talking in recent weeks and fans are impressed.