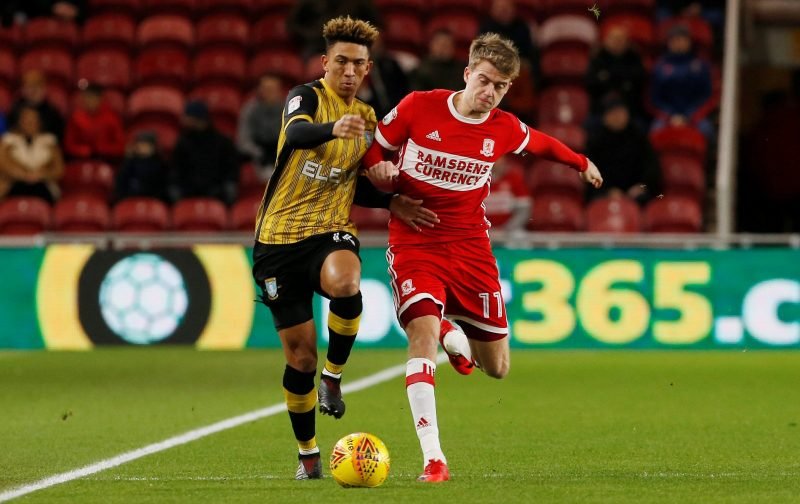 Sheffield Wednesday suffered a 3-1 defeat to Preston North End on Wednesday and Liam Palmer was one of many players who came in for criticism from supporters. The 28-year-old slipped when trying to block Scott Sinclair’s equaliser and he backed off the onrushing Brad Potts who fired home in injury time. Fans weren’t too kind to the makeshift centre-back.

We’ve looked much better with the ball with the 3 back formation, but defensively we’re still awful, nobody knows what they’re doing back there

Rumour has it that Palmers still backing off. He's just gone passed the tram stops. #swfc

@DominicIorfa was superb again last night for #swfc He must wonder what he has done wrong to have ended up with us. That said, had we played Lees, Wickham and Lee instead of Palmer, Nuhiu and Pelupessy things would probably have been different

Wildsmith- Just ‘alright’.
Palmer- Puts 100% in but not really got no quality
Iorfa-Top class
Borner- Overrated. Got a clanger in him
Murphy- ‘Alright’ too predictable
Luongo- Standard champ cm
Bannan- Too good for this team
Pelupessy- Might as well not be there#swfc

You'll never win games with Palmer as a right sided centre half. Nuhiu up front and Pelupessy as your lynchpin.

Last game I'll watch for a while I think. never win anything with Palmer, moses, pelupessy nuhiu in your team ( league 1 players at best) absolutely awful #swfc

I wonder if #swfc have ever won a game where Palmer, Nuhiu and Pelupessy have all played the entire match? You reap what you sow Messrs Chansiri and Monk

Against Preston, Palmer played for 90 minutes, had 65 touches, won three aerial duels, completed 74.5% of his 47 passes, whipped in two crosses, attempted 12 long balls with 33% accuracy, made four interceptions, gave away one foul and made one clearance.

The £855k-rated defender has made 258 appearances in all competitions for Wednesday, scoring one goal with nine assists. Palmer, who has represented the Scotland national team on five occasions, has been a regular for under Garry Monk this season, playing in 33 games across the board, but his form appears to be wavering.

He initially impressed as a makeshift centre-back when football returned in England, but Palmer has since come in for criticism after three defeats on the bounce. Wednesday are now 16th in the Championship with 52 points from 42 games ahead of Saturday’s trip to Queens Park Rangers.