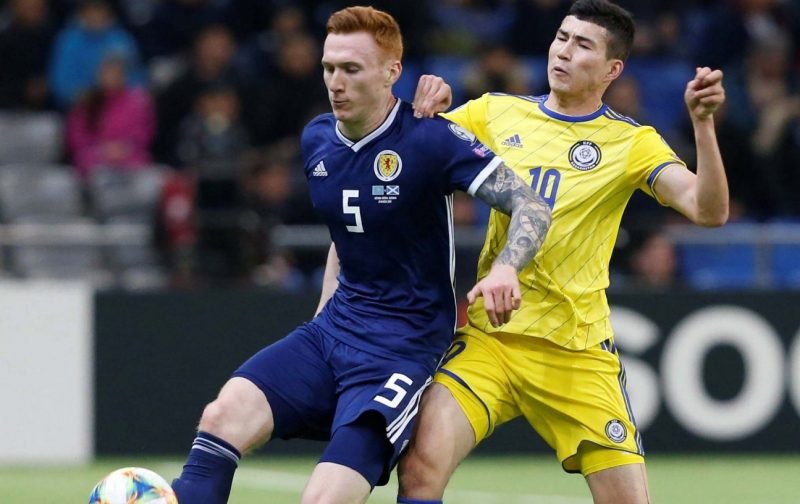 David Bates is yet to make a single league appearance since joining Sheffield Wednesday on a season-long loan from Hamburg in August 2019 and isn’t expected to get a reprieve from Garry Monk before the campaign comes to a close. The 23-year-old hasn’t made the matchday squad for six months and is currently playing for the u23s to maintain his match fitness.

Dejphon Chansiri has the final say on players, so it’s clear the recruitment team have gambled on a player that isn’t good enough. Monk may not have given his recommendation to sign Bates had he been at the club before the Scotland international arrived. Bates hasn’t made an impression on the training ground to warrant selection from Monk either.

Despite Tom Lees’ inconsistency, Julian Borner’s injury woes and Wednesday having conceded more goals than 96% of clubs in the Championship in 2020 (24) , it’s surprising that Bates hasn’t had a look-in. His loan wasn’t cut short in January despite being on the periphery in Sheffield, so he’s largely wasted a year of development.

Dominic Howson of Yorkshire Live explained all in a Q&A, saying: “The team work together to identify potential transfer targets, but ultimately Chansiri has the final say on all deals. I am a bit baffled that (Bates) has been frozen out along with Westwood and Hutchinson.

“Clearly he has not done enough to impress Monk in training. But it is a strange one when you think Wednesday have one less player in that department after selling Jordan Thorniley in January and Wednesday have been conceding goals for fun this year.”

Bates has made one appearance for Wednesday this season, playing a full 90 minutes in their EFL Cup win over Rotherham United in August. He’s likely to spend the rest of the campaign in the u23s and will go down as a flop.