Explained: How Sheff Wed players are training in isolation during Covid-19 pandemic

Sheffield Wednesday and the rest of the footballing world saw their season postponed due to the spread of the Covid-19 pandemic, but how have players continued their training while in isolation?

Wednesday initially were training at Middlewood while adhering to social distancing protocols, but they’ve since been told to cease public sessions altogether and now have a schedule of exercises to do at home. 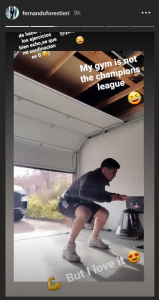 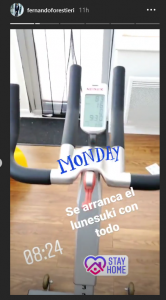 Fernando Forestieri updated fans on his Instagram account by sharing his workout to followers. The 30-year-old has been on his exercise bike and doing squats. Players who have a home gym can do weight training and callisthenics, but the majority will be doing fitness work to keep sharp.

The EFL revealed that the season will be postponed until April 30, meaning players have more than five weeks to wait before potentially playing again. But the campaign resuming depends on whether the Covid-19 spread is slowed down.

Prime Minister Boris Johnson recently announced strict measures that forbade people from being on the streets for trivial reasons and said the ruling will be reviewed in three weeks. If the country adheres to his new measures, there’s a chance the season could be finished in May and June.