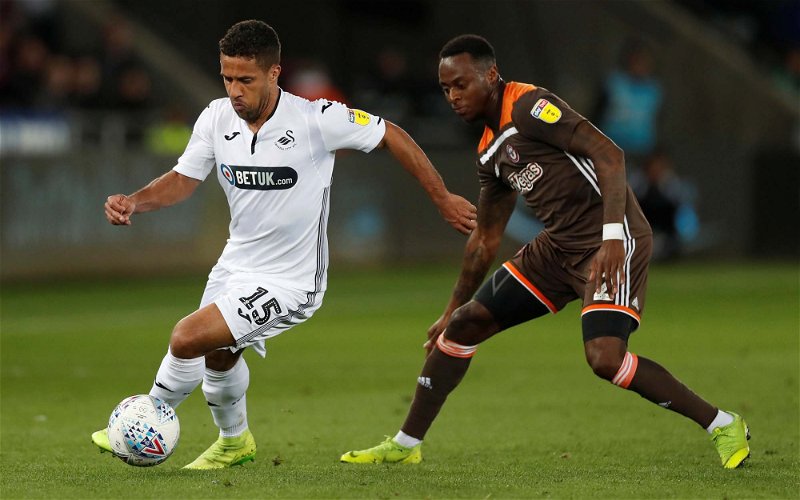 Sheffield Wednesday didn’t set the place alight in Tuesday’s 0-0 draw with Huddersfield Town, but Moses Odubajo was one of a handful of players that came away with praise from supporters for his performance at Hillsborough. The 26-year-old started as a makeshift wing-back on the right and provided an attacking threat while also being busy defensively.

Much better Moses, you are clearly not a defender and far better in an attacking position. Has Monk finally realised because it only took the fans one game to know this.

Best player on the pitch yesterday, proving a lot of people wrong, love to see it

Played well I thought. Quality run and shot then the chase the ball down after that, fantastic effort!

Hope this is a turning point for Odubajo, think him and Joey put a decent shift in #swfc

Had the best chances, Odubajo, Harris best of our bunch. 2 poor teams #swfc

Odubajo stand out so far, from a #swfc team that hasn’t seen much of the ball. Harris unlucky not to score, wish he’d used his right foot more this season. Punting it long up top to 2 wide men this game won’t work

Against Huddersfield, Odubajo played for 90 minutes, had 43 touches, completed 52.4% of his 21 passes, created one chance, had one shot which hit the target, made one clearance, whipped in three crosses, made two tackles, played five long balls, won one free-kick, made three dribbles and made one interception.

The 26-year-old has made 23 appearances in all competitions this season and has been a regular under Garry Monk since football returned in England. Odubajo featured only twice in the Championship between mid-December and mid-March, but he has played in six of Wednesday’s last seven games.

Odubajo had an uncertain future earlier in the season after being told he could leave in January, but the £720k-rated man is now an important part in the starting eleven and repaying his manager’s faith too. Wednesday next face Fulham on Saturday.