A Great Job In Unusual Circumstances: Jos Luhukay Deserves A Lot Of Praise 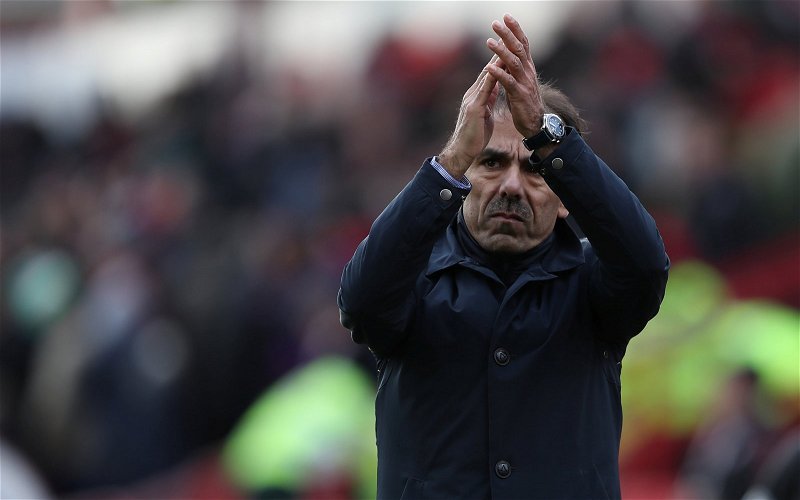 2017/18: A disappointing season, is what most Wednesday fans will have concluded. But it could have been so much worse. And now that the dust has settled, I think it is fair to reflect that Jos Luhukay has not received the acclaim that he deserves.

From the moment he secured a superb point in the derby against United at Bramall Lane in his first game, Luhukay has exuded calmness. He had already shown that his approach was going to differ considerably from Carlos Carvalhal’s, and early reports indicated a more disciplined regime with the players eating breakfast together and training twice a day.

Eight of the players who had started against United at Hillsborough were unable to play in the game across the city. But Luhukay did not panic. He immediately realised that there was a chronic lack of pace in the centre of the defence, so shored it up by picking three players there, and changing to a formation alien to the players but undoubtedly the best option under the unusual circumstances.

The ultimate fifteenth-place finish must surely be judged as a wonderful achievement, given a prolonged injury crisis the likes of which I would doubt many clubs anywhere will ever have suffered. It was not just the fact that there were so many injured – at one stage, 16 of the first team squad – but the duration of the crisis. And worst of all, to add insult to the injuries, all of the club’s best players were out of action at the same time. From Luhukay’s first game in charge on January 12 to the home game with Ipswich on March 6, none of the following played: Keiren Westwood, Tom Lees, Barry Bannan, Kieran Lee, Gary Hooper, Sam Hutchinson and the previous season’s top scorers, Steven Fletcher and Fernando Forestieri. 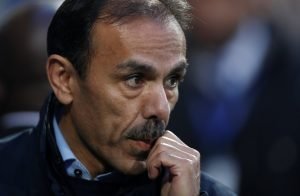 This was not a normal situation – how many clubs would have coped with the very heart of their squad being ripped away for so long? Yet Luhukay just got on with the job, refusing to blame referees for dubious decisions, ignoring the misguided criticism from fans and the odd ex-player, and showing faith in youth.

Yes, some will say that he had no choice but to pick players from the youth and development squads but the decision to bring Sean Clare on in injury time at Bramall Lane showed from the outset that Luhukay had bravery and would trust the young players. Even though there were only a few moments left, to show faith to a young debutant in a game and atmosphere of that magnitude is something that I simply do not think Carlos Carvalhal would have done. Jacob Butterfield and Marco Matias were unused substitutes but Luhukay eschewed the safe option of bringing these experienced players on. Indeed, Carvalhal might never have picked Clare at all, and many have questioned how a player of his undoubted ability had not been considered for selection under the old regime. Would Carvalhal have picked Jordan Thorniley instead of Glenn Loovens, as Luhukay has done? I very much doubt it.

From the return of the defensive kingpin Tom Lees in the Ipswich match, followed by Bannan and Hutchinson two games later at Leeds, a few of the main men returned but Hutchinson was soon injured again and Westwood, Lee, Hooper and Fletcher never returned. Luhukay had to rely on a lot of Carvalhal’s substandard signings. It seems crazy that for all the money spent under the ex-manager, he never signed a decent left-back or centre-half. Tom Lees is an excellent central defender but was a Stuart Gray signing and while Daniel Pudil has done a good job at centre-half, he was signed as a left-back by Carvalhal and was frequently out of position and left floundering against opposing wide players of any quality.

Thus, Luhukay’s recruitment will be key, of course, and he almost signed a left-back in the transfer window, a period in which Carvalhal would probably have sought to sign yet more players to an already bloated squad. I’m confident that Luhukay will avoid his predecessor’s habit of stuffing the squad in certain areas to the detriment of others. Carvalhal fell into this trap, leaving Wednesday with too many central midfielders and strikers, meaning that their game time would be reduced and their development stifled. Players with a lack of pace who did not add to the quality of the squad must not be signed – the likes of Abdi, Fox and Jones were simply not needed, and to this day I am mystified as to why Jake Kean was recruited. 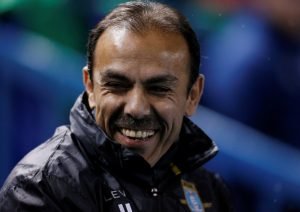 It is encouraging that Luhukay has trusted youth and trusted himself to develop them. Fans always demand signings but most of the top managers prefer to work with smaller squads and rely on young players to fill any gaps – Mauricio Pochettino at Tottenham is a fine example of this. It is impossible to keep established players happy if they are not playing and to prosper, Wednesday will have to get rid of at least two of their strikers. To this end, it is such a shame that the George Hirst situation seems unreconcilable – another inherited situation that must have bewildered Luhukay. As a young player, Hirst would have been more content to play without being a regular. Conversely, how can Wednesday possibly keep all of Nuhiu, João, Hooper, Rhodes, Forestieri, Fletcher and Winnall happy?

The early signs are that Luhukay’s recruitment will be more sensible, and his management, in general, has given cause for optimism. The only area in which I feel he could have done anything differently was to get Cameron Dawson in the goal sooner – Dawson looks a far more reliable and confident goalkeeper than Joe Wildsmith. But overall, Luhukay negotiated a pretty difficult situation magnificently and in giving debuts to so many young players, he will have ensured that they will start the season with momentum and belief.

Of course, Wednesdayites are conditioned to beware of false dawns. Two examples that come to mind: Ron Atkinson saved Wednesday from relegation in his first months in charge but presided over relegation the following season and Dave Jones’s instant impact in gaining promotion from League One was a distant memory as he appeared to increasingly lose the plot when the team went up a division.

So any optimism for next season should be tempered by a dose of realism – since relegation from the Premier League in 2000, Wednesday have only had two Championship seasons in which they have threatened promotion and in the second of those in 2016-17, for the most part of the season, the performances were pretty poor. However, at this moment in time, Luhukay deserves a huge amount of credit for steering Wednesday out of choppy waters and doing so in a dignified, uncomplaining manner. I hope that the majority of Wednesday fans give him a proper chance next season and don’t expect everything to run smoothly in a league containing several clubs with formidable financial muscle and better-balanced squads than Wednesday’s is currently.