Saturday afternoon’s Championship clash for Sheffield Wednesday pitted us against former Premier League side Fulham, but new manager Garry Monk was looking to make it back to back victories following his debut win in the dugout last weekend against Huddersfield Town.

It was always going to be a tough encounter and the visitors to Hillsborough controlled the game on a possession front, taking the lead three minutes before the half time break. Wednesday were in the game when it came to chances on goal though, but for a long time it looked like our better efforts, with less of the ball, wouldn’t provide a breakthrough but second half substitute Atdhe Nuhiu grabbed the all important leveller three minutes into stoppage time to take a very valuable point.

Statistics website Whoscored had mixed player ratings after the performance, but they gave their star man award to 26-year-old Moses Odubajo for his overall performance in the game. 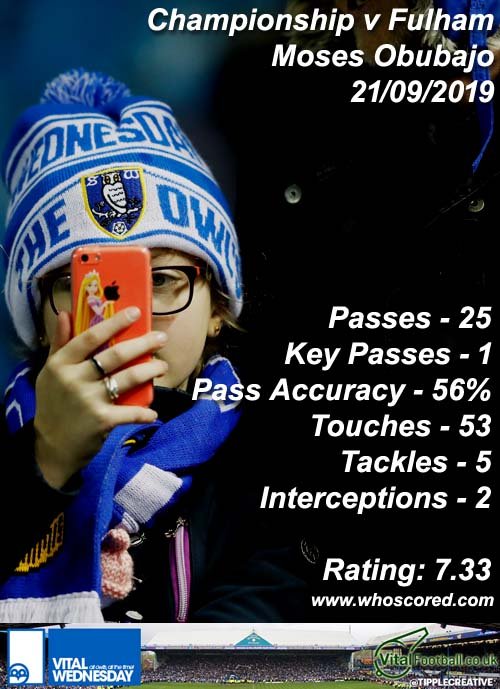 Not the victory we wanted but unbeaten.