After a good and steady start to life at Hillsborough under new gaffer Garry Monk, Tuesday evening’s Championship clash pitted Sheffield Wednesday against Hull City at the KCOM Stadium.

Having heavily defeated Middlesbrough in our last match, confidence going into this one was incredibly high but the performance was definitely poorer and although we managed three shots on target to their two – they made one of theirs count with under 20 minutes remaining on the clock to take all three points.

Statistics website Whoscored had pretty poor player ratings for both sides after that game, but Moses Odubajo took our Man of the Match with a score of 7.19. 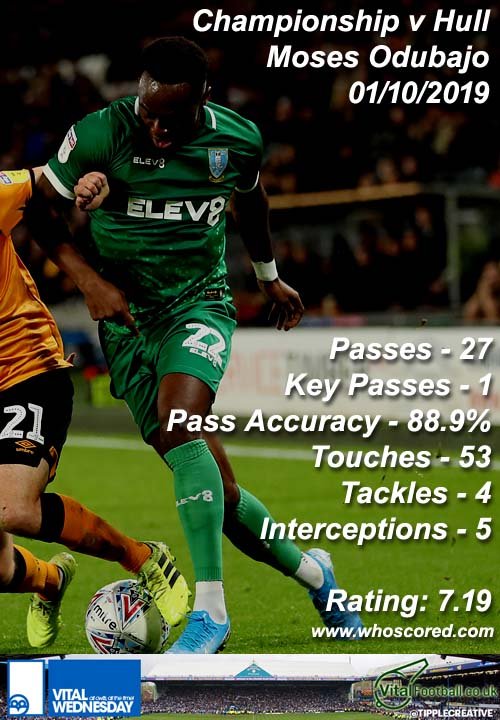 We knew there would be ups and downs and we can certainly play better than that as we’ve already demonstrated, so onto the next one before the international break kicks in again.

Wednesday Have A Tie For MotM After Fantastic Boro Victory