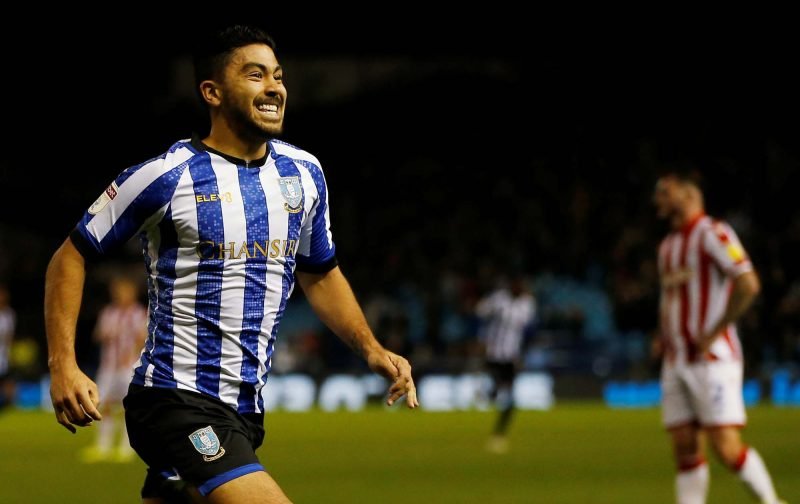 Sheffield Wednesday ended Tuesday evening in third spot in the Championship table as manager Garry Monk saw his side pick up a seventh victory of the campaign as we faced Stoke City at Hillsborough.

It was a tight game, but we slightly edged it – but that’s not to say it was a great or convincing performance, however, Massimo Luongo’s second goal in three games was enough to send all three points our way.

Statistics website Whoscored edged their player ratings our way and 27-year-old Luongo took Man of the Match with a score of 7.30. 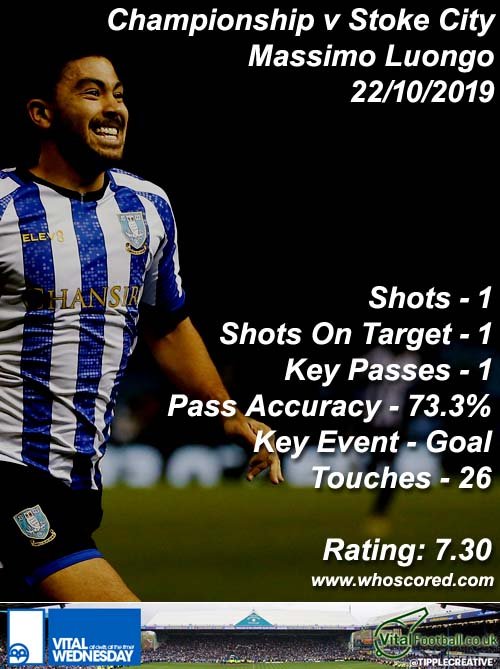 Completing the top five best performers in their system of ratings were Morgan Fox (7.26), Julian Borner (7.23), Liam Palmer (7.17) and Sam Hutchinson (7.06). Adam Reach was the only other player to receive a seven plus score following the game, but we’re digging in, picking up points and there is certainly plenty that can be improved upon when it comes to our overall gameplay.