With some decent form under new manager Garry Monk, Sheffield Wednesday have spent the 2019/20 Championship campaign so far slowly and quietly putting themselves into third place in the table, and in Saturday’s Yorkshire Derby clash with Leeds United at Hillsborough – victory by two goals would’ve seen us temporarily replace league leaders West Bromwich Albion at the top of the table.

Sadly that wasn’t how the game played out as it ended in a stalemate, with the conditions certainly not being suited to an entertaining game, but there were positives and we remain more than in the mix.

Statistics website Whoscored edged the game in our favour when it came to the player ratings, as we had eight players with a seven plus rating, but Morgan Fox took Man of the Match with 7.54. 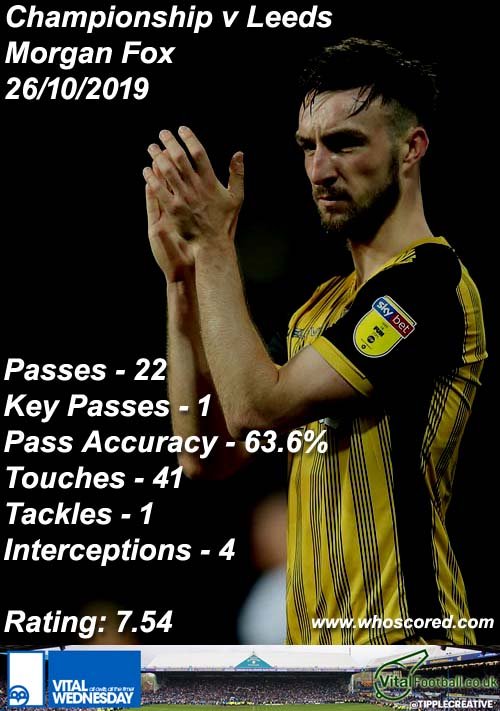 On to the next one now.